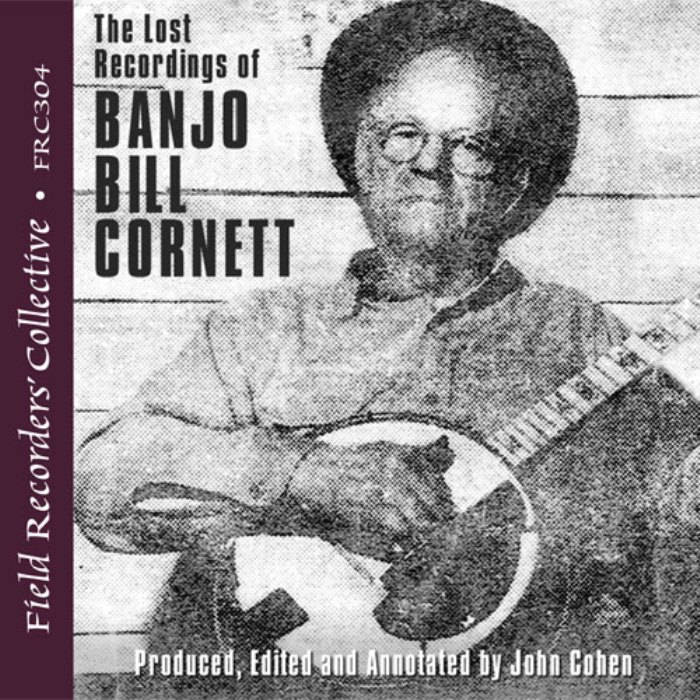 (Produced, edited and annotated by John Cohen)
Bill Cornett (1890-1960) was an extraordinary singer and banjo player from Hindman, Kentucky. He was a powerful singer of old time songs, traditional ballads and his own compositions. His driving east Kentucky banjo style included frailing, up-picking and thumb lead coupled with an arsenal of tunings. Until now, he was known by his 1959 performances on John Cohen’s classic recording “Mountain Music of Kentucky” (Smithsonian Folkways). These newly revealed recordings came to light in 2002, forty four years after he made them. Cornett had been a member of the Kentucky State Legislature representing Knott and Magoffin counties. He had campaigned with his banjo, and sang on the floor of the Legislature advocating for the aged, and died while entertaining at a restaurant in Frankfort. We are grateful to his son Brode Cornett for making these recordings available after all these years. Every five string banjo player will be surprised to hear his unique approach, for it offers a new dimension and a fresh musical outlook. – John Cohen

If you like FRC 304 - Banjo Bill Cornett: The Lost Recordings (Produced, Edited and Annotated by John Cohen), you may also like: