by The Balfa Brothers & Nathan Abshire 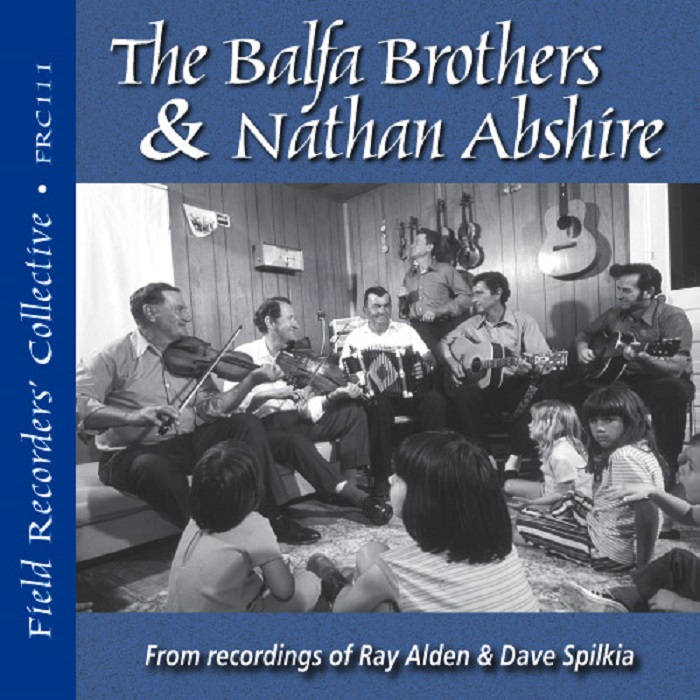 In this special concert of music and talk, one hears both wonderful songs and clarifications of Cajun life. Only six years before this show, at Newport’s 1964 folk festival and much to Dewey Balfa’s surprise, he found American audiences embracing traditional Cajun music as far more than a crude “chanky-chank.” He decided to become ambassador for the Cajun culture. Nathan Abshire (1913-1981) had been influenced by accordionist Amédé Ardoin, his musical family and fiddler Lionel Leleux. Nathan first recorded in 1935 with the Rayne-Bo Ramblers and then in 1949 issued his best-known record, the “Pine Grove Blues”. Dewey’s connection to Nathan Abshire was as a one-time member of his “Pine Grove Boys.” “Les Frères Balfas” began playing informally at local gatherings during the ’40s with Dewey on fiddle, Will on “seconding” fiddle*, Rodney on guitar, Harry on accordion and Burkeman playing triangle and spoons. Later joined by neighbor Hadley Fontenot on accordion, they recorded “La Valse de Bon Baurche” and “Le Two Step de Ville Platte” as a 78-rpm single in 1951. Despite an extraordinary tragedy in February 1979, when Rodney and Will were killed in a car wreck, Dewey continued the music of the Balfa Brothers until his passing in 1992. – Ray Alden

* Also known as “bassing on the fiddle.” Both Dewey and Will’s fiddles would be “tuned to the accordion.” With a C accordion, you would “tune down the fiddle” a whole step, so from low to high it would be F C G D. Unlike cross tunings, this preserves the original fingerings, allowing the player to finger as if he were in A or D, but matching the C accordion. – Kevin Wimmer

If you like FRC 111 - The Balfa Brothers & Nathan Abshire: The 1970 NYC Concert (Recordings from the collections of Ray Alden & Dave Spilkia), you may also like: