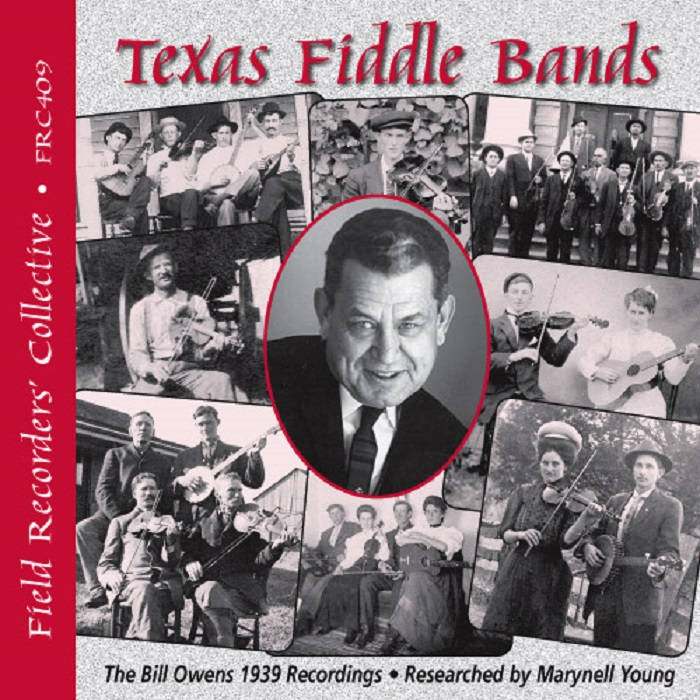 WILLIAM A. OWENS (1905-1990) was a folklorist, author, and professor of English. Despite the fact that his Pin Hook, Texas school was open only 3 months a year, by 1933 Owens managed to get two degrees at Southern Methodist University. In the late 1930s, working partly on his own and partly for the University of Texas Extension Division, he recorded songs from East Texas to the Texas Coast’s Cajun Country, recording on aluminum discs using cactus needles on a second-hand Vibromaster recorder. Owens wrote many books one of which, Slave Mutiny: The Revolt of the Schooner Amistad (1953), provided much of the material for Steven Spielberg’s 1997 film, Amistad. In 1966 he became a professor of English at Columbia University in NY, and retired as professor emeritus in 1974. – Ray Alden

If you like FRC 409 - Texas Fiddle Bands: The 1939 Bill Owens Recordings (Researched by Marynell Young), you may also like: