FRC 609 - Berkeley in the 1960s: The Musicians of Colby Street (from the collection of John Cohen) 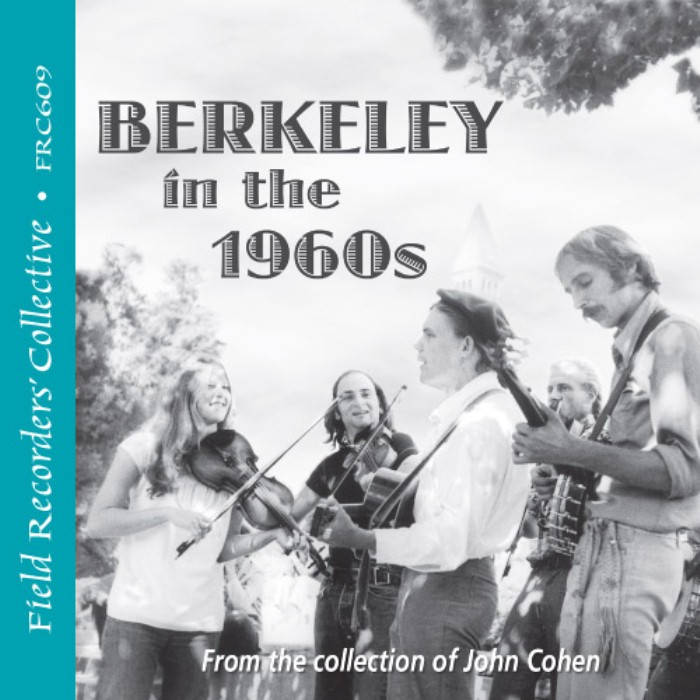 The musicians of Colby Street lived, performed and busked in Berkeley and Oakland California during the late 60’s and 70’s. Most are still in the San Francisco Bay area in 2008, all of them are still active in music. As Jody Stecher points out, this was, “an entity that never ever existed except when the New Lost City Ramblers came to town and there was a party at Colby Street?everyone played at once. The participants had differing aesthetics, different tune versions, and all of us were just starting to develop our personal musical voices. But this was not a collective voice either. It was just a bunch of disparate voices playing more or less the same tune at more or less the same time.” It included members of Dr. Humbead’s New Tranquility String Band and Medicine Show, Fat City, the Diesel Ducks, Yreka Bakery, and other temporary combinations. Thinking it was one band, John Cohen decided to record this unprecedented sound. The recordings were done at Peter Weston’s Pacific High Studio, recorded in seven tracks over the 3-inch tape outtakes from the Grateful Dead’s “Workingmans’s Dead”. Although never issued, these recordings offer a unique interpretation of old time music performed by great musicians totally immersed in their music and its atmosphere. They were in and out of each other’s lives, and in retrospect, there was a great deal of experimentation, improvisation and love expressed here. It’s dazzling and woozy music, done by dazzling and woozy musicians. – John Cohen

If you like FRC 609 - Berkeley in the 1960s: The Musicians of Colby Street (from the collection of John Cohen), you may also like:

Serena Cherry debuts her black metal project, plus a Pick from the Crypt block from Svalbard