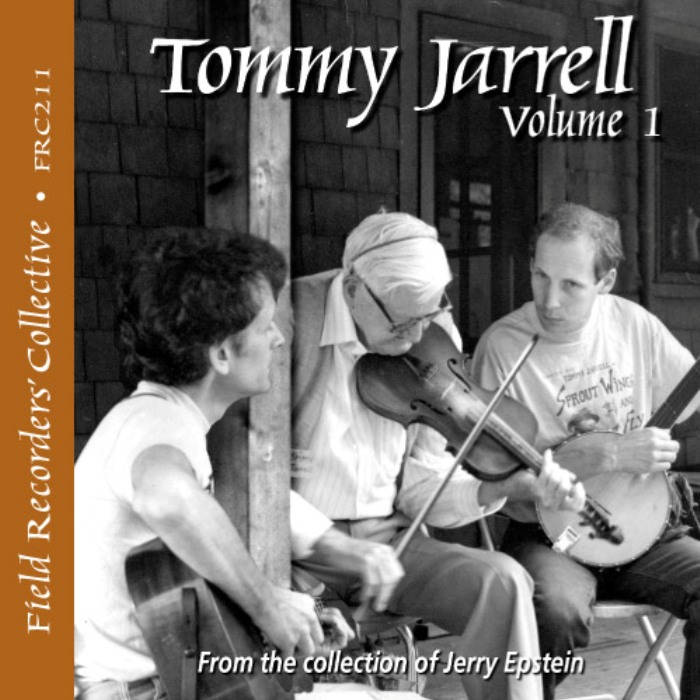 By the early 1980s, Tommy Jarrell was known around the world as the grand figure of the Round Peak fiddling and banjo-playing tradition of Surry County, North Carolina. And thanks to his gregarious nature, sharp mind and desire to share, thousands of people had met him and considered him to be the living definition of the southern rural musician. Of course, Tommy represented one set of styles among many in the south. But how well he represented it! He welcomed visitors into his home. He relished traveling and meeting people. He appeared at festivals around the country. In 1984, he agreed to ride hundreds of miles to Pinewoods Camp in Massachusetts to be on the staff of American Music & Dance Week, hosted by the Country Dance & Song Society of America. Tommy moved into an old house at camp, complete with a pot of beans and fatback that simmered all week. Each day, he held forth on the porch, rather than conducting formal classes. He played at a concert or two in the evenings. The music you hear on these albums was recorded by Jerry Epstein. Mike Seeger and I accompanied Tommy, who was at a high point of creativity and virtuosity just months before the end of his life. Included are unforgettable renditions of “Jimmy Sutton” and “Drunken Hiccups”, and the story behind “Sail Away Ladies”. – Paul Brown

If you like FRC 211 - Tommy Jarrell Volume 1: Recordings from the collection of Jerry Epstein, you may also like: