FRC 312 - Dock Boggs 1966: Recordings from the collection of Wilson Roberts 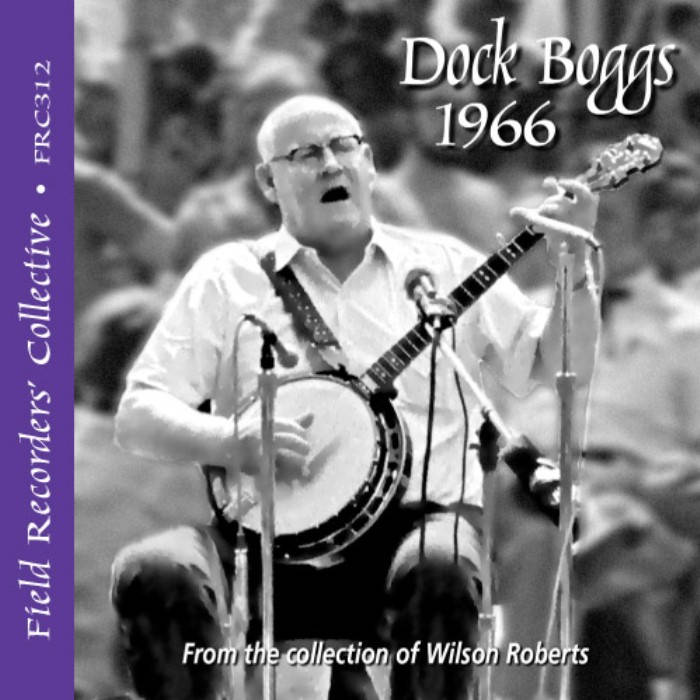 These selections are from a Dock Boggs concert at Appalachian State University (Boone, NC) on November 11, 1966. Accompanying Dock on guitar and singing is Kate Peters Sturgill. Both were from near Norton in Wise County, Virginia (Kate helped her cousin, A. P. Carter collect songs in the 1930s). Dr. Cratis Dearl Williams, founding Dean of the ASU Graduate School, and who is considered the father of Appalachian studies, arranged for the concert. Wilson Roberts was in attendance and recalls, “…the room was small, the lighting allowing for easy eye to eye contact between audience and performer.” There are several references to Doc Watson who, with his son Merle, was in the audience.” Dock also talks about the origins of some of his songs and how he came to make them his own. Three tapes of the concert were made, all of which were misplaced over the years until Wilson Roberts tracked down the one remaining copy represented on this CD. – Lynn Frederick, from information provided by Wilson Roberts & Mike Seeger

If you like FRC 312 - Dock Boggs 1966: Recordings from the collection of Wilson Roberts, you may also like: