FRC 602 - The Horse Flies: Recordings from the collection of Ray Alden

by The Horse Flies 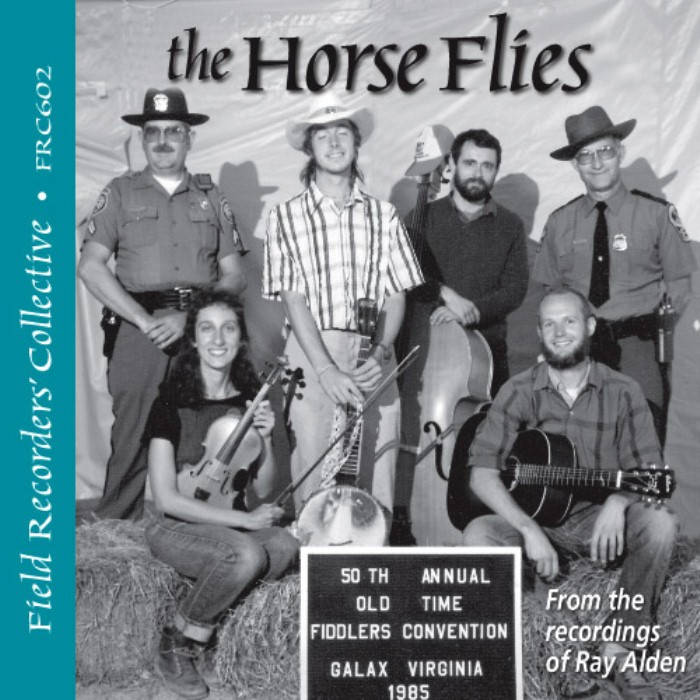 Since 1981 the Horse Flies have explored a meld of the traditional with the modern, creating a musical world that is sometimes haunting and beautiful, certainly always quirky, poetic, rooted, and free. This recording, partly made at their home in 1984 Ithaca, NY and completed later at a festival in 1988, reveals some of how their sound developed. The two traditional pieces of the opening tracks are examples of the early sound of the Horse Flies, whereas the third track illustrates their discovery of a style that became known as “bug music,” a sound which culminated in
their classic “Who Throwed Lye.” Track 4 is an illustration of the band’s explorations, recorded off the cuff as they sat at home improvising. The band’s crystallized sound can be heard in the 1988 festival recordings, a combination of acoustic, percussion and electronic elements. The Horse Flies’ sound continues to flourish, and can be heard on their
current 2008 CD, “Until the Ocean.” – Ray Alden

If you like FRC 602 - The Horse Flies: Recordings from the collection of Ray Alden, you may also like: