FRC 605 - The Renegades: Recordings from the collection of James Leva 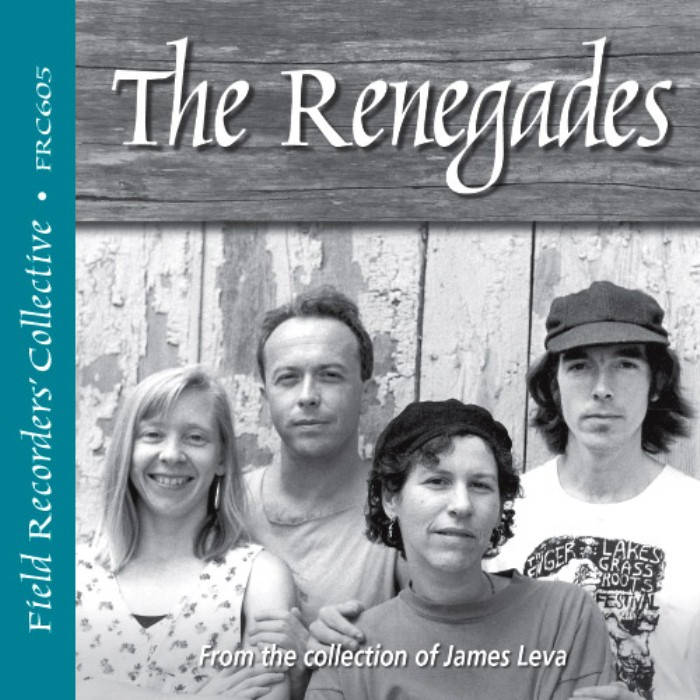 The Renegades continued the tradition that began in the 1970s of musical collaboration and cross-pollination between the Old Time Music centers in Ithaca, New York (Highwoods, Correctones) and Lexington, VA (Plank Road, Ace Weems and the Fat Meat Boys). The two areas are connected by a 12 hour drive on Interstate 81.

In the Renegades, veterans of notable old time bands (Richie Stearns of the Horse Flies, June Drucker of the Heartbeats, Carol Elizabeth Jones of the Wildcats, and James Leva of Plank Road and the Hellbenders) joined together to explore their common interest in making old time music that focused on harmony singing as well as dance grooves. All four members of the band are song writers and the inclusion of a significant number of original compositions distinguished the Renegades. One might say they were the only group in the then nascent Americana wave that had a deep and extensive background in old time music and the old time music world.

The songs and tunes on this recording come from The Renegades, which was recorded live to DAT by Gary Humiston and issued only as a cassette in 1993, and I Need to Find, which was recorded at Al Tharp’s studio in New Orleans in 1995 and was released on both cd and cassette. The Renegades played numerous festivals and made two tours to Alaska. – James Leva

If you like FRC 605 - The Renegades: Recordings from the collection of James Leva, you may also like: