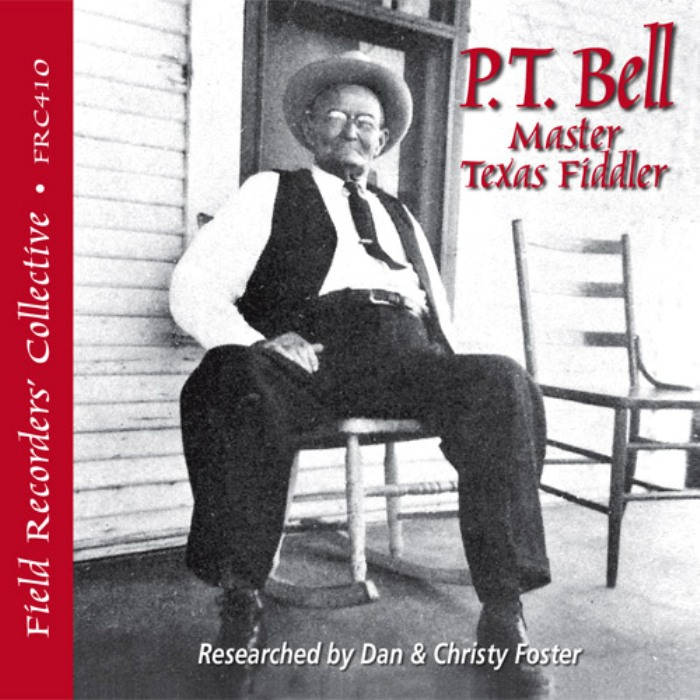 Peter Bell was a second generation Texan, born 1869 into a musical family on the frontier. His fiddling is among the best of very few representations of southern dance music as it may well have been played mid-to-late 19th century in the American southwest. Recorded at age 74 at his home in Carrizo Springs in 1941 by folklorist William A. Owens, the 29 selections here reflect the lifelong interest Peter Bell had in old time music as he learned it from his father and grandfather who came to Texas in 1853. These recordings are from The Center for American History, University of Texas (Austin) Folklore Center Archives. Special thanks to John R. Wheat, Coordinator for the Sound Archives. – Dan Foster

If you like FRC 410 - P.T. Bell: Master Texas Fiddler (Researched by Dan & Christy Foster), you may also like: