FRC 405 - John Hannah: Recordings from the collection of Jeff Goehring 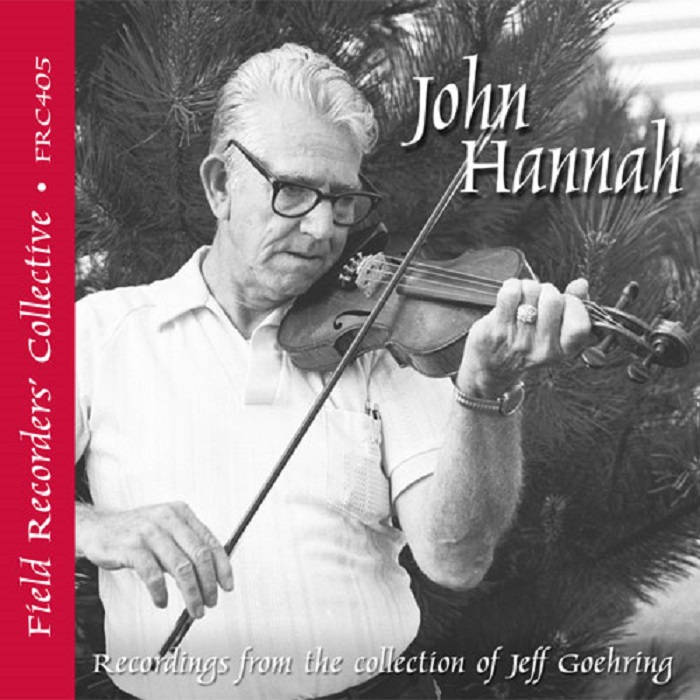 John Hannah was born in Mingo County, West Virginia in 1920. His grandfather, Isaac, and his father, Wallace, were both fiddlers. His mother, Rebecca, played claw-hammer style banjo. John’s first instrument was the fretless banjo, which he took up at the age of six. When he began playing fiddle, he performed with his brother in a trio called The Echo Mountain Boys. Influenced by swing music styles popular at the time, they played for dances that sometimes included both square dancing and jitterbugging. Like many fiddlers of his generation, his repertoire was broad, ranging from traditional short-bow
fiddle tunes on through popular country music styles and bluegrass. Through the years, John worked in the coal mines, in construction, and later as a copper finisher. He moved to Columbus, Ohio in the 1950s. These recordings were made in the mid-1980s in John’s home with Jeff Goehring accompanying him on guitar and banjo. – Susie Goehring

If you like FRC 405 - John Hannah: Recordings from the collection of Jeff Goehring, you may also like: