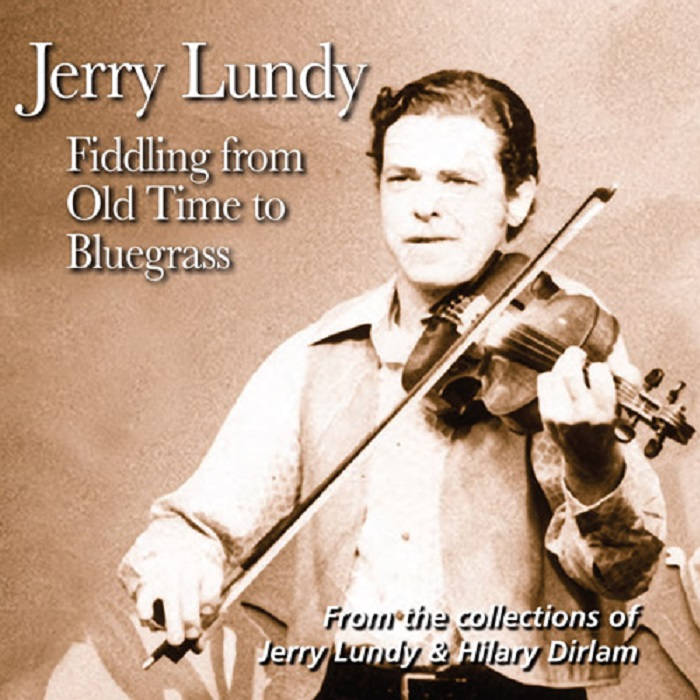 Jerry and I recorded this session at Davis and Elkins College during Augusta’s Old-Time Week, July 7, 1991. We met at an informal jam. We decided we’d get together for tunes, just fiddle and guitar. This recording is from a cassette that Jerry made of that session. He seemed eager to record and I remember that everything came together magically with the music; it flowed like a stream, as if we had been playing together for decades. Some of the tunes I had never heard before, and I had to guess at chords. I think we both knew that we had done something pretty special in that session, and I’m really glad that there is a lasting record of it. Jerry was a really nice man, and a great fiddler, and I wish I could have played more with him. － Hilary Dirlam

The grandson of the great Galax, VA fiddler Emmett Lundy, Jerry Lundy (1942-2001) was a well respected fiddler in both bluegrass and old-time music circles. He played in several touring bluegrass bands, including the Southern Mountain Boys (with his cousin, Ted Lundy), as well as the Bob Paisley Band. Jerry had an extensive knowledge of old-time tunes. With his driving fiddle style, he bridged the gap between bluegrass and old-time music.

If you like FRC 703 - Jerry Lundy: Fiddling from Old Time to Bluegrass (Jerry Lundy & Hilary Dirlam collections), you may also like: