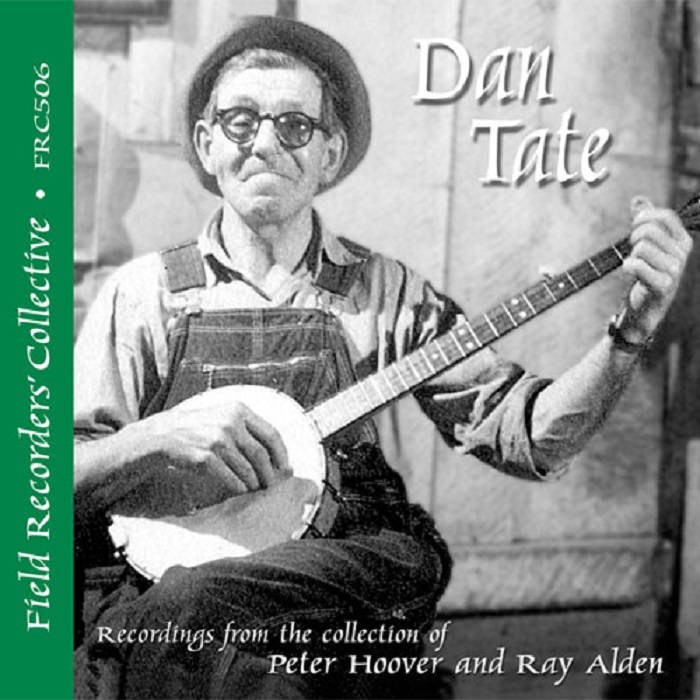 These recordings, made in the early sixties, showcase the performances of a unique performer: not just a singer, not just a banjo player, but an all-round amazing repository of folklore. Dan lived in and around Fancy Gap, Virginia all of his life, having grown up in a family for whom music was a life force. His “commercial” recording career started in recordings in the thirties by the Library of Congress’s Archive of Folk Song; their technicians were recording Fancy Gap banjoist Calvin Cole, playing “Cousin Sally Brown,” and Dan, who just happened to be passing by at the time, stuck his head in the door and sang a couple of short verses. That was his way. – Peter Hoover

Ten years after Peter recorded Dan, Dave Spilkia and I spent one afternoon with Dan after locating him close to Fancy Gap. We wish to share that afternoon with you through these recordings, bestowing a unique experience with an inimitable man whose self description to us was “Dan Tate ain’t just anybody.” – Ray Alden

If you like FRC 506 - Dan Tate: Records from the collections of Peter Hoover & Ray Alden, you may also like: