FRC 404 - Cecil Plum with additional tracks by Lonnie Seymour: Recordings from the collection of Jeff Goehring

by Cecil Plum and Lonnie Seymour 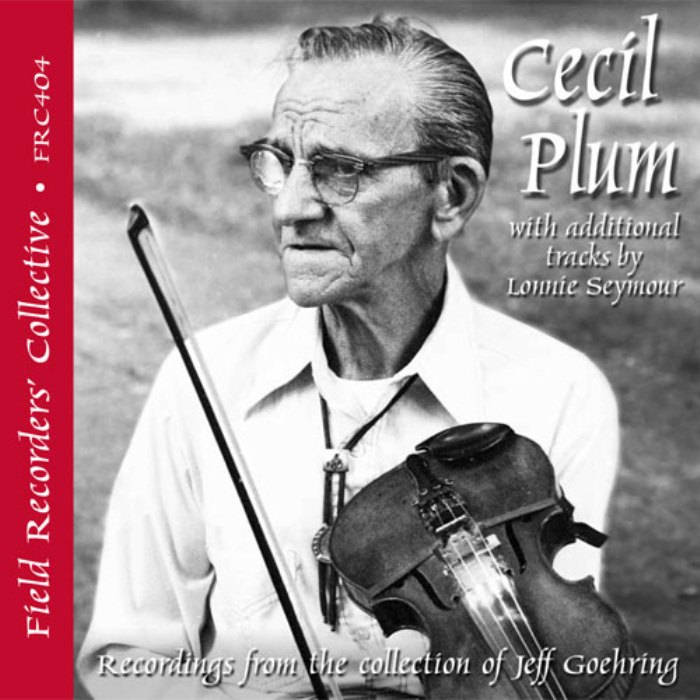 These recordings feature Cecil Plum on fiddle and Jeff Goehring on guitar, and were made in 1983 at Cecil’s home in Massillon, Ohio. Cecil was born in 1913 in Tunnellton, West Virginia where he learned to play music from his parents, his uncle, and numerous musicians in his community. Beginning in the late 1930s, Cecil played fiddle and dobro with guitar player Ted Ball in a duet called the Arthur Brothers on a number of radio stations in West Virginia and Maryland. The Arthur Brothers eventually became the backup band for Salt and Peanuts, a husband-and-wife team who performed at the Grand Ole Opry. After moving to Ohio in 1954, Cecil played little music until the 1970s when he attended a fiddle contest and was inspired to take up the fiddle again. Cecil composed a number of the beautiful pieces he plays, including Trumpy’s Hoedown and the Laurel Mountain Breakdown.

If you like FRC 404 - Cecil Plum with additional tracks by Lonnie Seymour: Recordings from the collection of Jeff Goehring, you may also like: