FRC 207 - Dewey Balfa with Friends & Family: Recordings from the collection of the Brandywine Friends of Old Time Music

by Dewey Balfa with Friends & Family 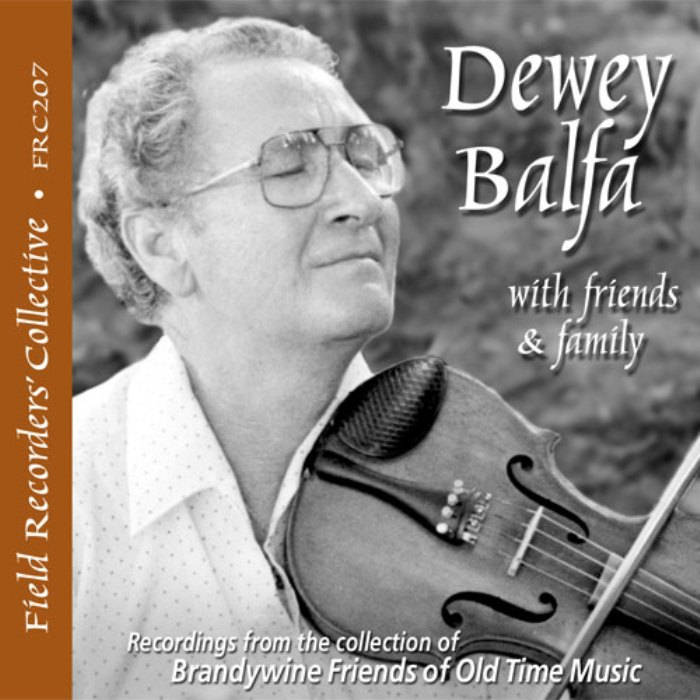 Fiddler Dewey Balfa was born on March 20, 1927 near Mamou, Louisiana, one of nine children in a family of sharecroppers.
He learned to play the fiddle from his father, taking early inspiration from the music of Leo Soileau, Harry Choates and Bob Wills. During World War II, he continued playing music, sitting in with a variety of western swing bands. By the late 1940s, Dewey returned home to Louisiana, where he teamed with his siblings Rodney, Will, Harry and Burkeman to play local parties and dances as The Musical Brothers. In 1964, Dewey led a group of Cajun musicians at the Newport Folk Festival, ending in a standing ovation from the 17,000-plus attendees, providing concrete proof that Cajun music could find a wide audience. With Rodney and Will, daughter Nelda and accordionist Hadley Fontenot, Dewey officially formed The Balfa Brothers band in 1965,
and with them returned to Newport in 1967 to similar acclaim. Dewey’s worked closely with the Council for the Development
of French in Louisiana to increase studies of the French language in state schools; he also campaigned successfully for a Cajun
music festival. Tragedy struck in 1979, when Will and Rodney were both killed in an auto accident and in 1980, Dewey’s wife Hilda died as well. Dewey re-formed The Balfa Brothers with daughter Christine and nephew Tony. In 1982, he was awarded a National Heritage Fellowship, the highest honor given folk artists by the National Endowment of the Arts. After a long battle with cancer, Dewey Balfa died on June 17, 1992. – Brandywine Friends of Old Time Music.

If you like FRC 207 - Dewey Balfa with Friends & Family: Recordings from the collection of the Brandywine Friends of Old Time Music, you may also like: