FRC 206 - Simon St. Pierre: Recordings from the collection of the Brandywine Friends of Old Time Music 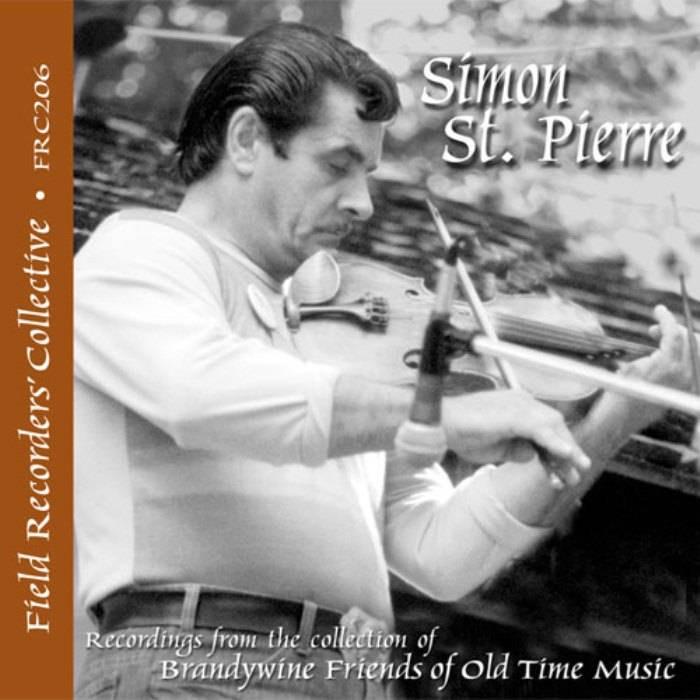 Simon St. Pierre is a fascinating and elusive Maine lumberjack and fiddler skilled in an array of music. He came to the 1977 Brandywine festival with Fred Pike, a stunning guitarist from Maine. They made a huge impression upon Dewey Balfa who called Simon “a brother I met today.” Reared in a logging community in Quebec, Simon told of long winters in the logging bunkhouses of the northern region of the province. Simon’s eclectic repertoire began with fiddlers employed there from many parts of Canada. He heard radio fiddlers and recorded ones such as Isadore Soucy, but his favorites were men he had met and learned from, such as his favorite, Claire Lake, a neighbor in the Smyrna Mills area of northeast Maine’s Aroostook County. Simon had been in the U.S. for about twenty years at the time of the festival, and still earned his living operating a one-man sawmill, sawing white swamp cedar into logs to create insect-proof cabins. In 1983, Simon was awarded a National Heritage Fellowship by the Folk Arts Program of the National Endowment for the Arts and performed at the White House with his friend Joe Pomerleau. He is living in retirement in Maine. - Joe Wilson, Todd Denton

If you like FRC 206 - Simon St. Pierre: Recordings from the collection of the Brandywine Friends of Old Time Music, you may also like: